What happens when the builder goes off-piste?

We have had a number of instances where during the build the builder has decided to go it alone and change things from our detailed design. In deviating from the design these builders have moved from a safe area where by following the drawings the work would meet Building Regulations and client approval to one where there is no certainty that the work will meet regulations, the homeowner maybe unhappy and withhold payment and the responsibility for failure shifts from designer to builder.

A set of plans and drawings does not mean that the build or method of construction cannot be varied, but those variations do need to meet the stringent criteria that the original design met. The sort of issues we have come across suggest that the builders involved had not studied the plans and had little understanding of certain building principles resulting in the work contravening Building Regulations due to serious structural issues. 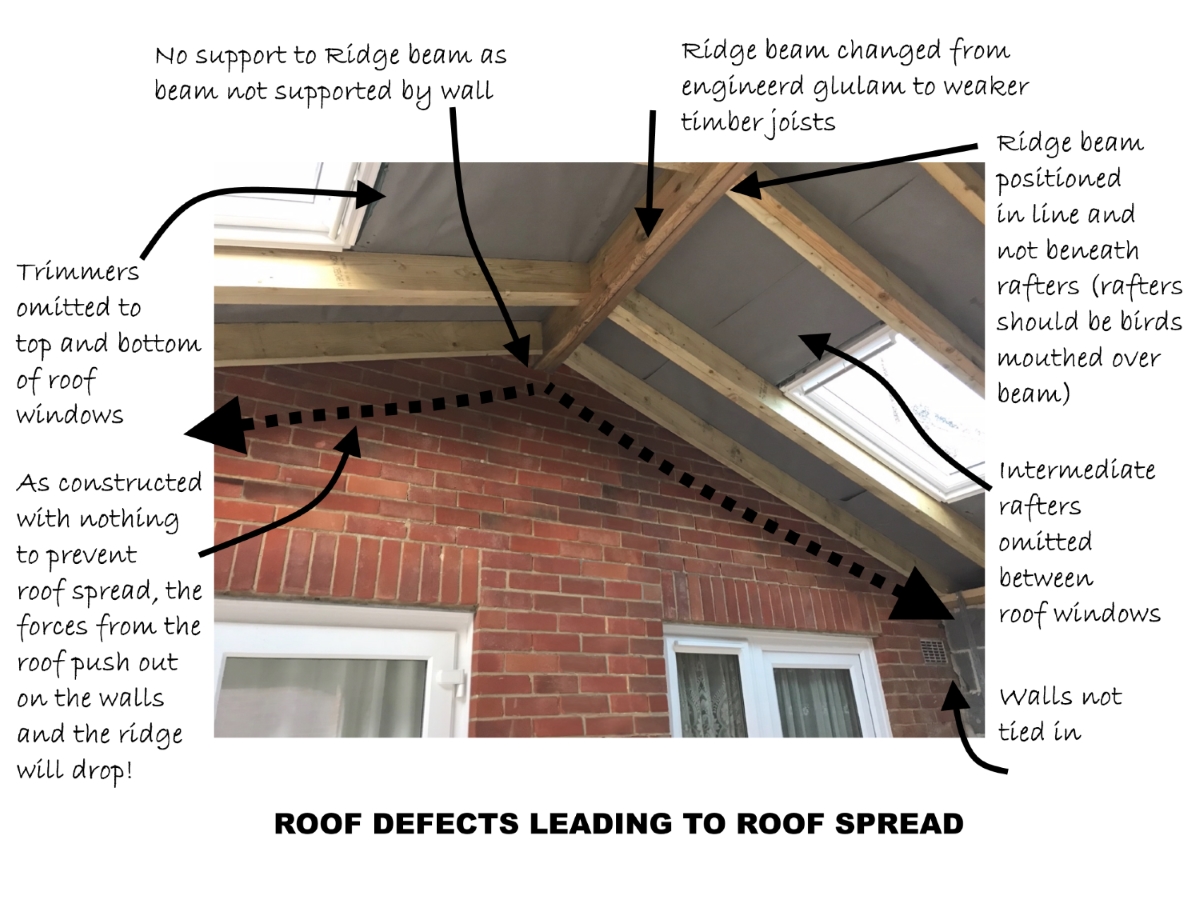 What are the risks?

The type of worrying changes we have seen lately include changing the specification of roof beams and their positions, omitting important structural details and fabricating from sections of steel beams a corner lintel, where a tried and tested manufacturer of corner beams had been specified.

The risks associated with the incorrect installation of roof beams can lead to excessive deflection and cracking of finishes or roof spread where the roof would simply push out  the walls. Moving from a specialist corner lintel to one that has been “knocked up” by the builder or his steel supplier are less obvious. Whilst the steel beams might be strong enough, has the method of connecting them to each other and method of weatherproofing and insulating been given the same degree of research and thought as the specialist item? Or to put it another way, the knocked up one is just a one off prototype made by a bloke with a welding torch, compared to one made by a national company that has been making them for over a decade in factory conditions by a technical team who base their designs on research, sound engineering principles and feedback.

Builders may decide to change something to save money, speed up the supply of items to the site or simply due to a lack of understanding.

There is no defence for changing structural elements without the approval of the homeowner, the designer and the Building Control body. It is unlikely that a project of extending or altering an existing house is going to run on such a tight schedule that lead in times for ordering of glulam beams or corner lintels cannot be met. However if the lead in time does necessitate looking elsewhere for specialist items, the homeowner, designer and Building Control Office should be consulted to arrive at the alternative that is costed and approved before proceeding.

If a builder plans to make changes to the design, homeowners should be aware of the implication to the costs and possible knock on effects to other parts of the build. If the change is to save the builder money, what deduction and saving will be passed on to the client? The next step is agreeing the change with the designer and the Building Control authority.

One final point worth considering when deciding to accept those changes or not, is the implication to the planning consent. If the change involves the external appearance of the building the Planning Office may require either an application for a minor amendment or in some cases a fresh planning application.